In the following the most important pre-defined applications will be presented. 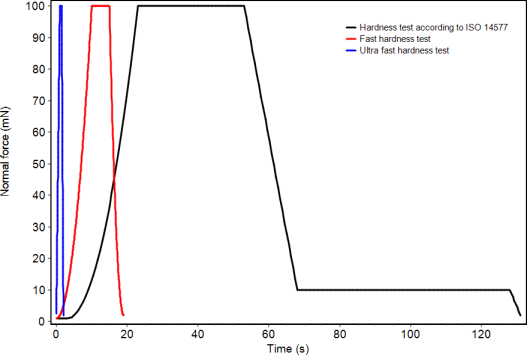 Fig. 1: Predetermined sequence of different applications for hardness and modulus measurement with different speeds. For the fast measurements no hold period for thermal drift detection is used. 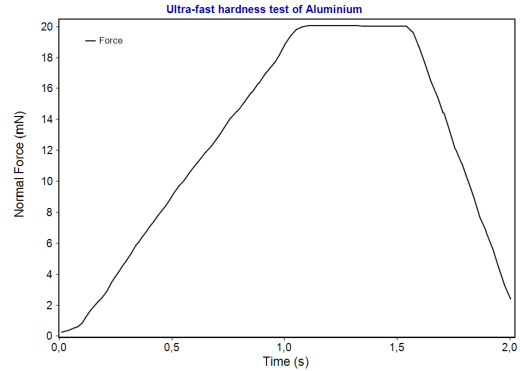 Fig. 2: Force signal of an ultra-fast indentation into an Al-Si composite 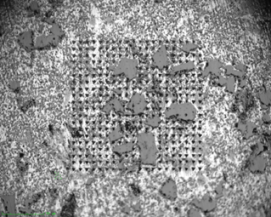 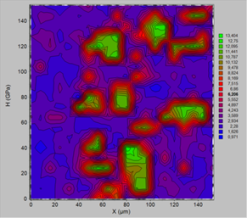 This application should be used for creeping materials and is following the recommendations in ISO 14577. The creep time is 30 s. A hold period for the determination of the thermal drift is included by default (not applicable to viscous material like polymers). The absolute measurement time is 125 s by default. The sequence is shown in fig. 1.

This application has an absolute measurement time of 19 s only with 10 s loading, 5 s creep time and 4 s unloading. A hold period for the determination of the thermal drift is not used by default because the depth error is small when the drift rate is below 0.2 nm/s. Only for shallow indentation depths below 200 nm a hold period should be inserted. The application is recommended for harder materials with low creep. The sequence is shown in fig. 1.

The measurement time in this application is only 2s. Additionally the time for surface detection (approach time) has to be considered which is only 3 s - 5 s in comparison to typically 30 s - 40 s in other applications. This application is designated for mapping purposes where between 200 and 10000 indents are necessary. The hardness measured with this application is lightly larger than for standard measurements because the hardness is strain rate sensitive. However the offset can be determined and corrected.
Top